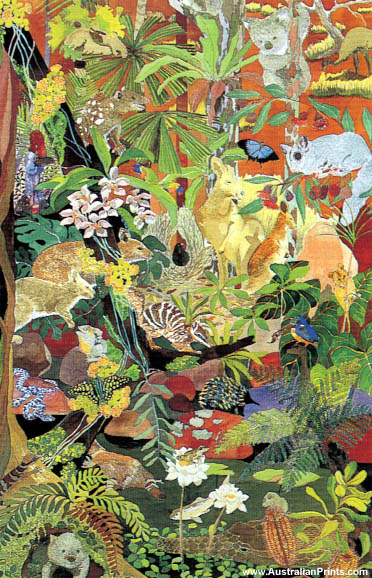 Winner of the Vogue Talent Contest in 1958, she worked for several magazines and on a number of interior design projects until 1971.

In 1984 she made the decision to return to full-time printmaking, working from her own studio in London.

Newberry has studied and worked in South Africa, Australia and Britain.

She has exhibited at international biennales in Yugoslavia and Bulgaria and in galleries in Australia, Britain, France and USA.

Her work has been purchased for both private and public collections.

Newberry’s work has a strong basis in natural forms.

The pursuit of images has taken her farther afield to Brazil and Central Africa, having won an Earthwatch Art Fellowship to Kenya.

However, it is the wide open spaces, stunning shapes and strong colours of the Australian wilderness, together with indigenous wildlife and plants, that have proved to have the strongest influence in her images.